ColecoVision homebrew author and all around good guy newcoleco has compiled a snazzy new video about unreleased ColecoVision stuff on YouTube. Besides having some really definitive and up-to-date information on unreleased ColecoVision games and accessories, the video also has some great extras, like old CES footage and clips of other related videos, all of them sourced with links to the originals.

I really like the robotic voice narrating this video, it sounds like it comes from the future, where the humans are extinct and artificial intelligence lives on, teaching each other about the accomplishments of man.

While we’re on the subject, here is some more unreleased ColecoVision stuff on YouTube (courtesy Scott Stilphen in this thread:

The scans come from “two different German magazines,” though the exact issues have not been specified, so I’m not sure of any content surrounding them. Evidence suggests that the game was being developed by Teque London, and that the title was either converted to or shares code with the little-known Game Gear version of Kawasaki Superbike Challenge. The most damning evidence for this theory is that a HEX string within Kawasaki Superbike Challenge, discovered by the Game Developer Research Institute, contains the phrase “ROAD RASH 2 CONVERSION BY TEQUE LONDON.” Additionally, screenshots show a very similar-looking game, as seen in the comparisons below:

This isn’t exactly scientific, given the nature of the source image, but as you can see the HUD and horizon lines appear to be in identical locations. The road also appears to be the same width, and the mountains in the background are similar, if not the same.

The similarities are not quite as obvious in this comparison shot, but it doesn’t require much of a stretch of the imagination to theorize that these games share quite a bit of code and design.

For the sake of preservation, I’ve mirrored the two screens from Unseen64 - get the originals here and here. 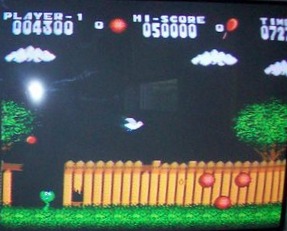 Speaking of previously-unknown NES ports, Digital Press forums member mrmark0673 has located a work-in-progress port of Elite Systems‘ computer game Hoppin’ Mad (itself an expanded update of budget title Cataball). To my knowledge this game was never announced in any publication, and is an entirely new discovery.

The build itself, according to mrmark0673, has complete renditions of the first two levels of the original game, with the third playable but missing enemies.

The post was made on Digital Press just today, so watch the thread if you’re interested in learning more.

Screenshots from a previously-unknown (and, of course, unreleased) port of Space Ace for the Nintendo Entertainment System have surfaced, via recently-created scans of the December 1991 issue of Italian games magazine Console Mania.

A brief article on page 11 of the Old Computer Mags-made scan previews two of what were then upcoming NES games - Dragon’s Lair and Space Ace, both stripped-down ports of Don Bluth’s laser disc-based, fully-animated arcade games (both of which are still available for purchase via Digital Leisure).

The article itself does not contain too much information on the Space Ace port - in short, the author says that the release date is unknown and that the graphics look nice. I’ve cropped and artificially “enhanced” the two shots from the article which, as far as I’m aware, are the first shots from this particular port seen on the internet. You may enjoy them as you see fit below, or view the original scan. 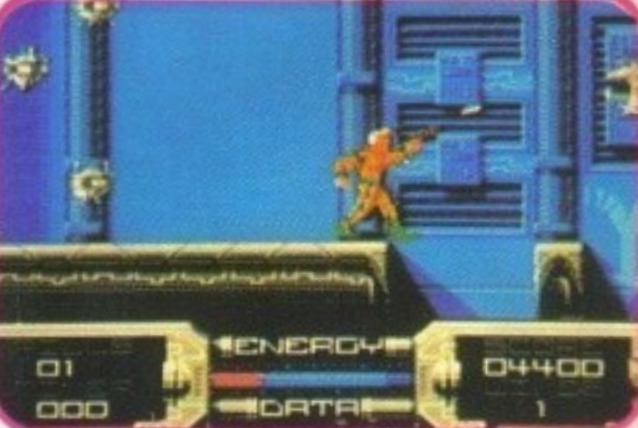 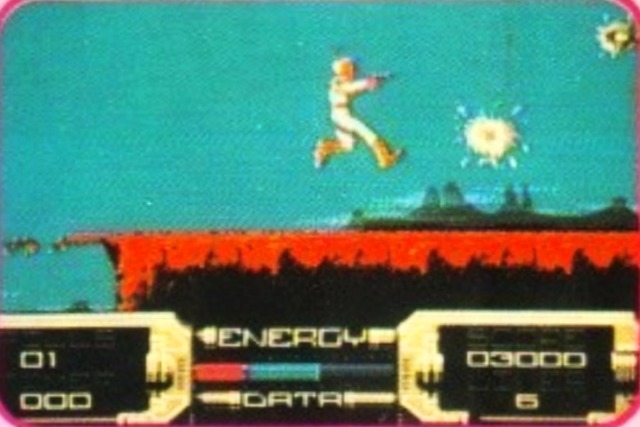 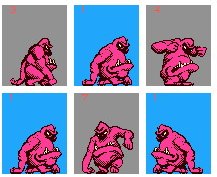 Over on his blog, a gentleman by the name of maxzhou88 has been posting (in Chinese) stories, art, and even source code from bootleg Famicom/NES conversions (or “Hong Kong Originals”) of 16-bit games that he helped develop while working for a company called SuperGame. This marks the first time I’ve ever seen anyone from that strange segment of the international video game industry write about his experiences, so it’s good stuff!

This post (translated here) shows off some very impressive GRASP art files from an 8-bit conversion of Super Shinobi, Boogerman and Aladdin - all three were fairly competent ports considering the market, with Aladdin being the best gameplay-wise and Shinobi being the most graphically impressive. This post (translated here) discusses SuperGame’s port of Earthworm Jim 2, and explains a bit about how the team had to build emulators, rip graphic tiles, and decrease color palettes to make the games look right. It also talks about his frustration in not finding a clean copy of the ROM on the internet and with having lost the source code due to a confidentiality agreement, which is neat to see. I never would have considered there were strict anti-piracy measures in effect over at piracy companies, but it makes total sense. And finally, this post (translated here) contains early test builds and source code for ports of both Boogerman and Pocahontas. After these, the studio (translated by Google as Boqing Columbia Enterprises Ltd., though I can’t vouch for the accuracy of that) also worked on a version of Toy Story, but the author did not retain a copy of it.

The final post also contains a full list of the studio’s staff, and a paragraph explaining the studio structure,which I’m having difficulty understanding. If I’m reading this right, the studio had (circa 1996) eight programmers (all male), seven or eight artists (both male and female) and two producer/planners, both of whom were cut during a staff reduction.

As a strange 19-year-old I wrote up a completely bizarre fictional story about the development of this particular version of Pocahontas on a website that has been dead for about eight years now, so it’s a pretty weird feeling to see someone actually writing a factual retrospective on how it was made.

Discuss this story!
(thanks to forums user mrdomino for the tip) 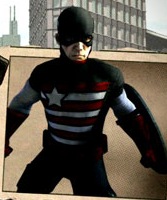 I’ll have to admit that I would have never played this had it come out, but it certainly did look promising.

Details and Art from BOTH Unreleased Full Throttle Sequels 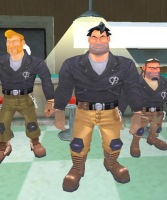 Marshall Ratliff and Philip Jong at Adventure Classic Gaming recently filed a report called The rise and fall of Full Throttle, an edited and expanded interview with former Lucasarts artist and Autumn Moon founder Bill Tiller. Right after a long introduction about the original Full Throttle (feel free to skip, I did) this interview does something unique - it talks to Tiller about the rarely discussed Full Throttle: Payback, the first sequel ever conceived for the game.

Unlike the also-unreleased Full Throttle: Hell On Wheels (pictured), Payback was to be a traditional adventure game, with Larry Ahern on project lead and Bill Tiller as primary background artist (resuming their roles from The Curse of Monkey Island). The article has story details, as well as some gorgeous background art that manages to somehow look like the original Full Throttle and have Tiller’s unique art style at the same time. Unfortunately the art is incredibly low-res; guys, can you maybe upload larger versions? I am a fan of Bill’s art and would like to take a closer look.

The article also has some details about Hell on Wheels, but for those who followed the game, there’s nothing new to report.

You know, as much as I loved the original, I’m not terribly upset by missing out on either of these sequels. Dialogue-driven adventure games always struck me as being very personal, and I have a hard time imagining Full Throttle without Tim Schafer. That may just be me, though, I am still the only person I know who thought The Curse of Monkey Island missed the point entirely. It sure had gorgeous backgrounds, though.